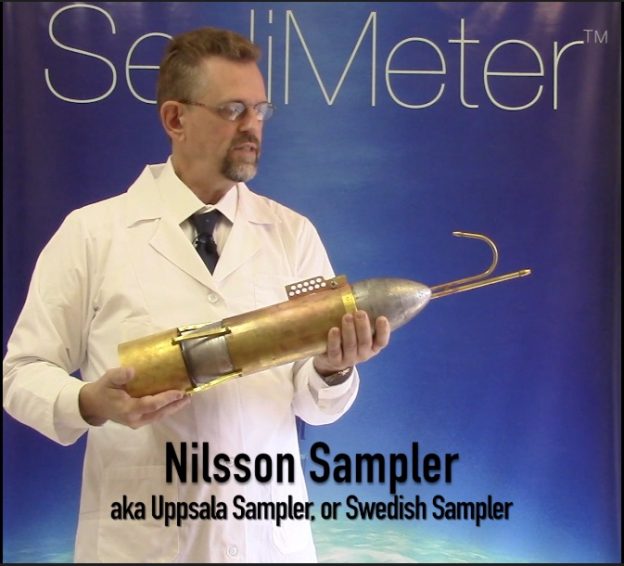 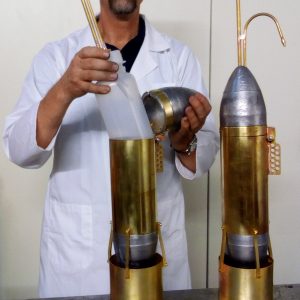 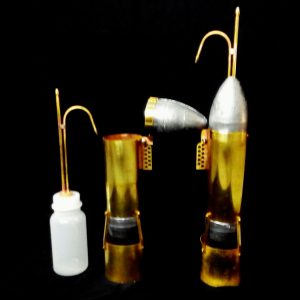 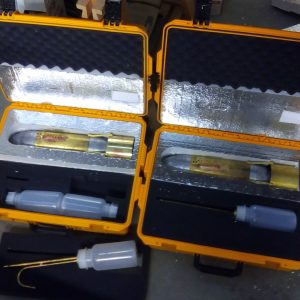 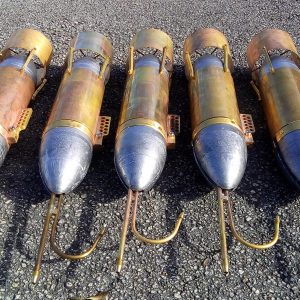 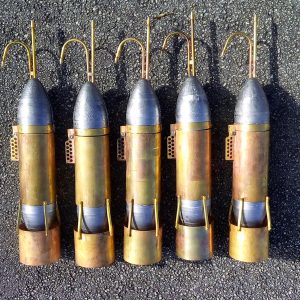 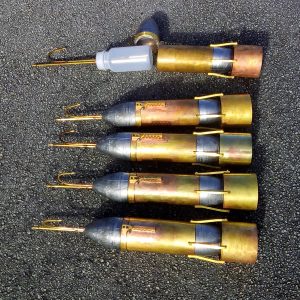 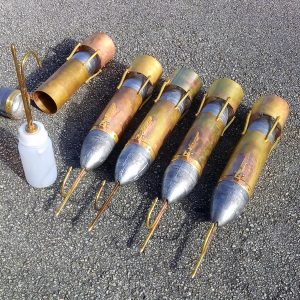 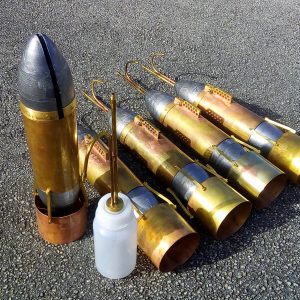 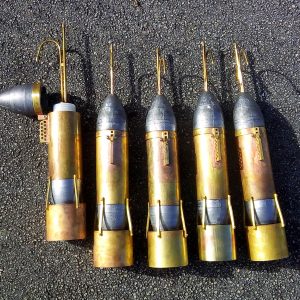 The Nilsson sampler, also known as the Uppsala or Swedish sampler, is a vertically integrating water sampler for suspended sediment measurements.

This device, variously known as a Nilsson sampler, Uppsala-type, and Swedish sediment sampler, holds a 1 liter bottle for samples. The tube system is the essential design feature for obtaining representative samples under a variety of conditions. It works both as a point sampler and as a depth-integrating sampler. The sampler was developed in 1969 as the IHD standard for sediment sampling in Scandinavia and other countries. The Swedish Meteorological and Hydrological Institution (SMHI) early equipped all its sediment measurement stations with this sampler, and it has since been used for research and by hydrological institutions in many countries and on several continents.

The Nilsson sampler can be used as a depth-integrating sampler from flow velocities as low as 16 cm/s (0.5 ft/s). Screw-on brass nozzles are used. An inflow / outflow nozzle combination of 6 mm / 4 mm is recommended for velocities above 25 cm/s, while the combination 4 mm / 2 mm is best under 25 cm/s. The fusiformed sampler is stable in water velocities of 200 cm/s or more, in spite of only weighing 11 kg (24 lbs). Its small diameter of only 10 cm with a 12 cm fin makes it possible to sample 10 cm (4 in) from the bottom. The sampler is developed to take isokinetic samples (see Nilsson, 1969). It can be used also in cold weather provided the tubes are kept warm until the sampling starts. The recommended sample size is 800 mL, but up to 950 mL can be collected without throughflow. The sampler is a good all-round depth-integrating water sampler for suspended sediment transport measurements.

The design of the vent tubes allows for gradual filling of the sample bottle at a rate that is proportional to the flow velocity. By moving the sampler at a steady pace through the water column a vertically integrated sample can be collected that is representative of the sediment flux. The tubes continue to near the center of the bottle, thus minimizing loss of sample if the sampler tilts forward or swings during retrieval.

The sediment sampler is the original design by Dr. Bengt Nilsson for use in the IHD project of the UN (International Hydrological Decade). Performance data are taken from: Nilsson, B., 1969: Development of a depth-integrating water sampler. UNGI Rapport 2, 17 pp. Uppsala University, Department of Physical Geography, ISSN 0375-8109. [ pdf ] 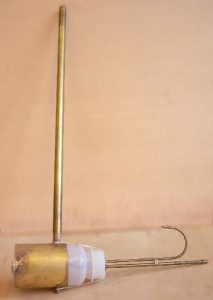 The same intake tube set and bottle can also be used in our handheld sampler. The rod is screwed on which means that several sections can be added.