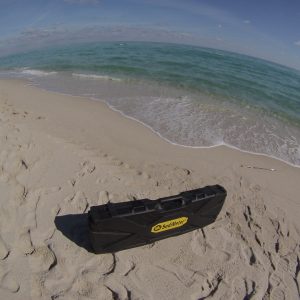 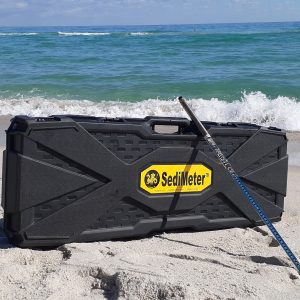 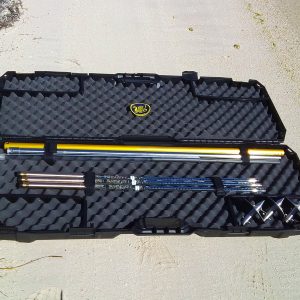 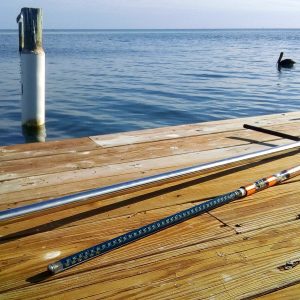 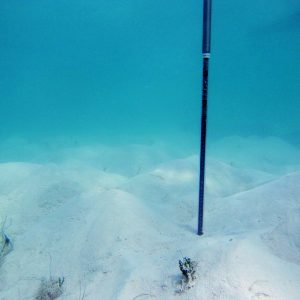 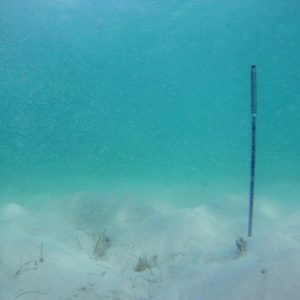 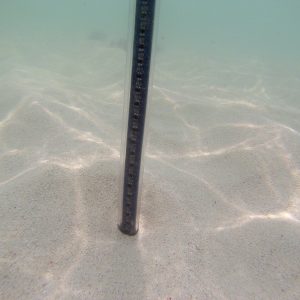 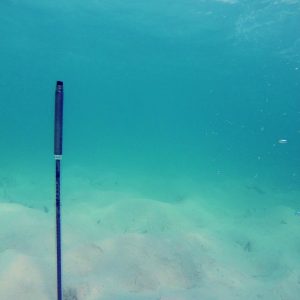 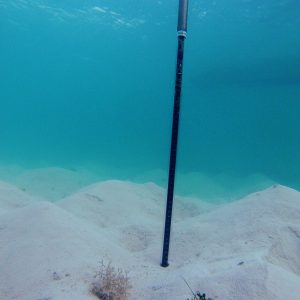 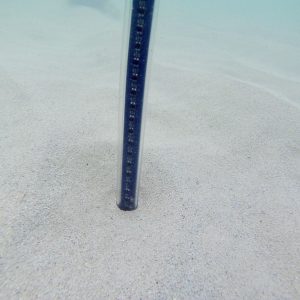 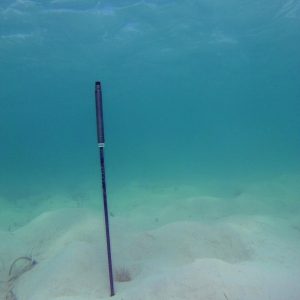 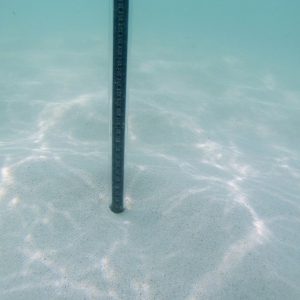 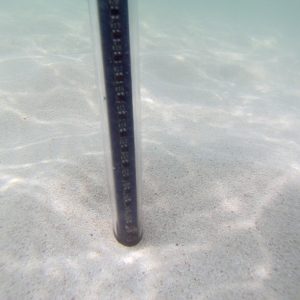 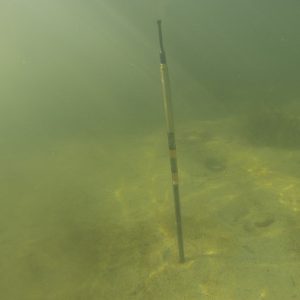 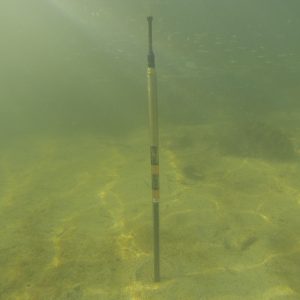 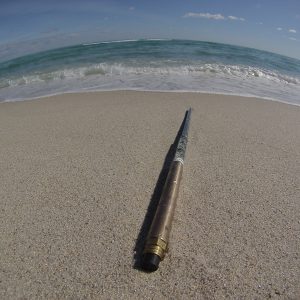 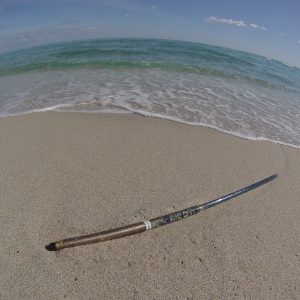 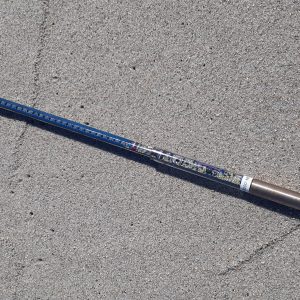 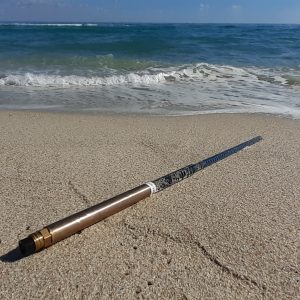 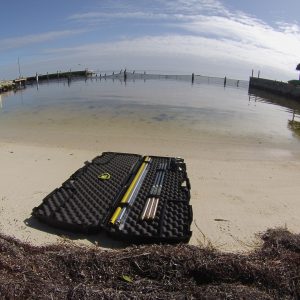 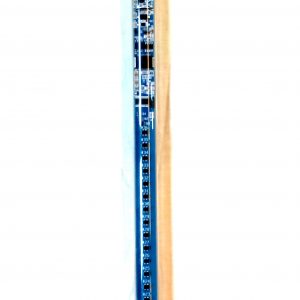 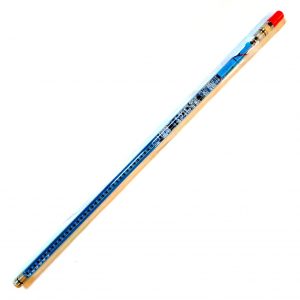 The SediMeter™ is a patented instrument for measuring siltation, sedimentation, erosion, and bedload sediment transport. It measures a vertical turbidity profile through the sediment – water interface, and estimates the exact level of the bottom. It has been used for many kinds of projects. The fourth generation SediMeter™ is based on the same sensor design as has been in use since 2007, with a geometry developed in 1985, but adds a range of new sensors and features:

The sensor consists of 36 near infrared optical backscatter detectors (NIR OBS) spaced 1 cm apart. The active measurement length is 35 cm. Turbidity is measured at 71 levels, every second one as straight backscatter (OBS) and every second one as oblique backscatter, and reported in formazin turbidity units (FTU) with no decimals. The level is estimated with 0.01 mm resolution.

The SediMeter SM4 also has a 3D accelerometer for measuring tilt and vibrations. Every measurement it stores either 20 measurements with 12-bit resolution, or 30 measurements with 8-bit resolution. The default is +-2 g range and 10 Hz frequency, although it is capable of up to +-16 g range and from 1 Hz to over 5 kHz frequency. Apart from giving information on tilt and vibration, the instrument offers Conditions Based Monitoring (CBM): When the acceleration surpasses a pre-defined level, an extra measurement is taken the next whole second. This means that the data before and after the triggering event is saved. To avoid being triggered all the time there is a 1-second hold-off, plus the threshold is raised after every extra measurement. This means that the largest accelerometer event of every deployment is expected to be captured. It is possible to adjust high-pass filter frequency and minimum duration of the acceleration event so as to target specific types of events (e.g. vibrations caused by strong currents, or earthquakes). A possible application is for capturing the head of a turbidity current.

The SediMeter SM4 has a built-in memory that holds 32,786 measurements. The time interval between measurements can be configured from 1 seconds to 24 hours using the included software. It can also be used in real-time monitoring, alone or in a network. When used in stand-alone mode it is powered by a built-in battery that is recharged through the same USB cable used to set up the instrument and to download data.

The SM4 instrument can be mounted in sediment using the standard anchor and holder tube included if purchasing a kit. This holder is screwed down in mud and sand with the help of a handle. This model is available separately or as a kit in a convenient case, complete with all necessary accessories for stand-alone use in the field (handle, anchor, holder tube, cable, blind plug).

The SM4 model has a 15 mm diameter level sensor that goes into the holder tube, and a 20 mm diameter turbidimeter region that stays free of the holder tube. The battery house is designed to avoid galvanic corrosion even in shallow, tropical seas, and to have a natural antifouling property.

The SM4P model, where P stands for professional, has 20 mm diameter throughout. It is intended to be used without a holder tube. Instead, the user would typically mount it to a platform or tripod. It is physically stronger than the SM4. The instrument can be rebuilt at factory if the sensor tube gets fouled or scratched.