The SediMeter™ sensor invented by Dr. Ulf Erlingsson in 1985 for detecting incipient sediment motion on the seafloor. It is probably easier to show with a drawing how it works: 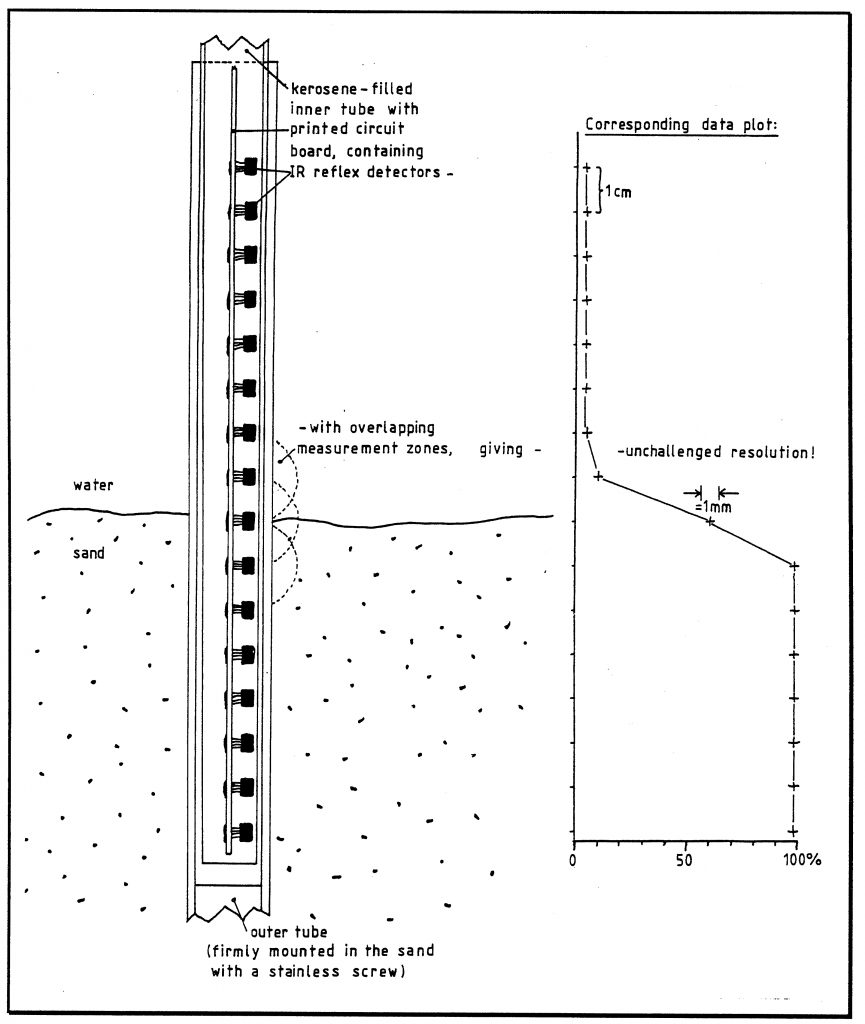 The principle of the sedimeter sensor.

The sensor is anchored with the help of a holder tube that is screwed down into the bottom, thus assuring that it is not the instrument, but the bottom that changes level. We now calibrate the response in FTU (Formazin Turbidity Units), or FBU for Formazin Backscatter Units, with the sensor outside of the holder tube. The holder tube adds a significant amount of reflection, but since we are interested in the bottom level it does not matter to us.

Already from the first functional prototype (which used a Z80 NMOS CPU) it became clear that the sensor was able to detect incipient sediment motion: It reacted to the addition to a single grain of sand adjacent to the sensor.